Use It or Lose It: How to Prevent Memory Loss 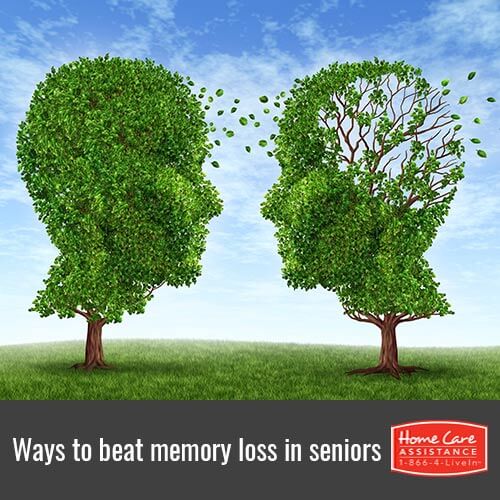 Researchers from Iowa State University recently discovered two proteins found in the brain that may prove useful for monitoring the progression of Alzheimer’s symptoms. One protein in particular might also have protective characteristics. After evaluating information obtained by the Alzheimer’s Disease Neuroimaging Initiative, the Iowa scientists observed that the neuronal pentraxin-2 and the Chitinase-3-like-protein-1 were useful as biomarkers for assessing the progression of Alzheimer’s. The team developed a study to test the theory to provide better insight for the providers of home care Albuquerque.

The study involved 285 older adults who were divided into three groups. All were thoroughly evaluated for brain health and volume. General health and life history were also considered. Initially, 86 adults demonstrated normal brain function, 135 were diagnosed with mild cognitive impairment and 64 were determined to have Alzheimer’s. Researchers conducted follow-up assessments after six months, 12 months and 24 months.

Throughout the study, the group re-evaluated cognitive function and brain volume using various tests that included diagnostic imaging. The images targeted the temporal lobes, which typically display the first signs of cell damage and organ atrophy. As the presence of C3LP1 generally indicates inflammation, scientists expected to find that the protein might serve as a reliable factor for determining progressive atrophy and memory loss. While the protein illustrated atrophy progression, it was not a reliable indicator of memory impairment. On the other hand, NPTX2 was consistent for tracking both temporal lobe atrophy and memory decline.

During the two-year study, scientists also found a relationship between the amount of the protein and brain health. Individuals with higher levels of NPTX2 retained brain volume and displayed better memory. Conversely, lower levels indicated the opposite. Test subjects having the greatest quantities of the protein included people with higher levels of education, were employed in jobs requiring complex mental stimulation and people who made a point of staying mentally and socially active. These characteristics seemed to prove that continually exercising the brain contributes to overall cognitive health.

Studies like this one seem to verify the importance of socialization and cognitive stimulation for seniors. Home Care Assistance offers both of these benefits by providing flexible hourly and live-in home care in Albuquerque, NM. Our comprehensive services are designed to help seniors achieve the physical, emotional, and mental wellbeing they deserve while offering hands-on assistance around the house. Contact us at 505-798-0800 today to learn more about our services and meet with a friendly Care Manager.